Communication is a common factor and a basic behavior in any animal species. However, humans have a specific language, a unique system, and this separates humans among all other animals. How people interact with animals is what experts call as human-animal communication. Either through body language or non-verbal cues and verbal communication at one way or another, there is a common ground in which humans can communicate to animals. It is safe to say that everyone can definitely connect to all living beings. There is a deeper meaning between humans and animals communication. Humans can learn so much from animals and how they can co-exist with all the other animals.

There are different claims and arguments about the science of telepathy and if it is really proven that humans can indeed interact with each other. Some view telepathy as an extension of our five senses- a tuned communication of energy, including thoughts and feelings through extended sensing. Others argue that telepathy is more like radio waves can’t be seen but can definitely be perceived. 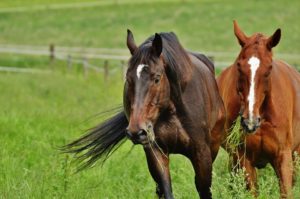 If you want to try communicating with animals you can try to let the sense of communication unfold the meaning by itself. Don’t try to over analyze and just accept what you get. For instance, if you own a pet either a dog, a horse or any other animal you have to build the connection first and try some few things on how you communicate with them. You can either call them by names or give them order, and you have to repeatedly do that, we all know it is proven that in no time animals will react to it and they will eventually know it is there name. So whenever they hear you mention the name, they immediately respond as if they understand that you are calling them.

Over time, as the bond grow deeper and closer not only will you be able to give them instructions they will follow, but they would also be able to relate to you even in the emotional level. Just like how some claims that almost automatically it was as if, their pets knew when their sad or happy.

Animal communication with humans is still a vague idea and experts are still digging deeper into the science behind it. One thing that we need to remember is that we all have our ways of communicating. Understanding and respecting every living creature are still the basics of communication.

Prana is a beautiful theme with simple and clean design. Theme can easily be used as a personal portfolio, simple blog or a complete business website. There is an impressive typography by Google Web Fonts without the need for load-heavy graphics. Some exciting features of Prana are custom menu, custom background, custom flexible header, featured images, widgetized sidebar, threaded comments, improved SEO performance and theme options. Make it yours with a custom menu and a custom flexible header for anything you like to suit your own niche.